Learning to Fish – Which Way for Computers Workshops for Young People 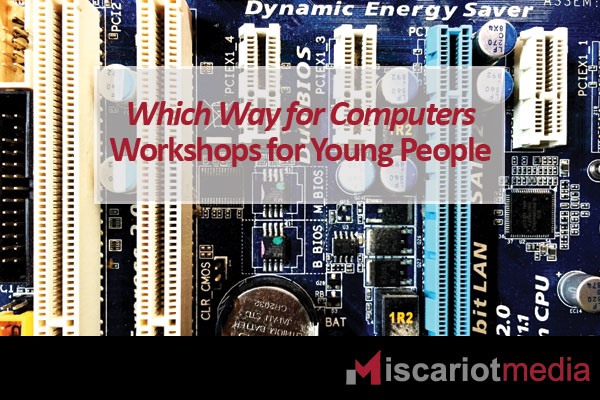 This year we are excited to be working with Dr Chris Matthews and the ATSIMA team as part of a series of STEM workshops for Indigenous students throughout New South Wales. We will be running our new Which Way for Computers workshop where we will work with Indigenous young people to show them how to take old computers and get them up and running again.

Computers, actually anything digital, can often look ‘magical’ to folks who don’t understand how they work. But computers are just machines like any other. When you understand the ‘physiology’ of a computer – the different core components of it – you have much more control and are less dazzled by slick marketing.

Building and repairing computers is all about problem solving You have a computer in front of you and it’s not going. Is it the power source? Perhaps there’s something wrong with the RAM? What about the CPU? Maybe it’s just the peripherals (like the mouse or the keyboard)? Knowing how to break down a computer into its parts will allow you to work out exactly where the problem lies. Fixing your own computer means you can literally save thousands of dollars.

What am I looking at and will it serve my needs?
Shiny new toys aren’t always the best or most effective tools for getting the job done. You don’t need a machine with 64GB of RAM and 8 processing cores if all you’re doing is Facebook, word processing and email. But then again a Pentium M laptop with less than 1 GB of RAM won’t be enough if you want to be a serious PC gamer, or build your own video content, or be a graphic designer using Creative Cloud. We will start to look at the different parts of a computer, what they do and some of the history of those components. With this knowledge students will be able to better understand the various compatibility issues between generations of components and hopefully avoid getting stuck in a situation where they pick up something only to have it not work.

Can you help us? Do you have ‘old tech’ laying around?
To get the workshops up and running, we’re in need of some donations.

What we need more of:

To run our workshops we’re in need of a number of old/used desktop computers and functioning monitors, keyboards and mice to go with them. We’re hoping to have at least 1 computer per 3 students. With approximately 30 students per workshop we need the equivalent of 10 old computers.

Over the next two weeks we  be going through each computer, cleaning them so they’re safe, picking up components to get them going again.

If you can help us out, we’re located in Brisbane (North-West). Contact Edward at edward@iscariotmedia.com / 0411 847 785 to arrange pick-up or drop-off. The first workshop is on the 25th of July. All Day of STEM Workshop enquiries, including enrolments should be directed Dr Chris Matthews at ATSIMA.