Use Live Tweeting to Amplify Your Event 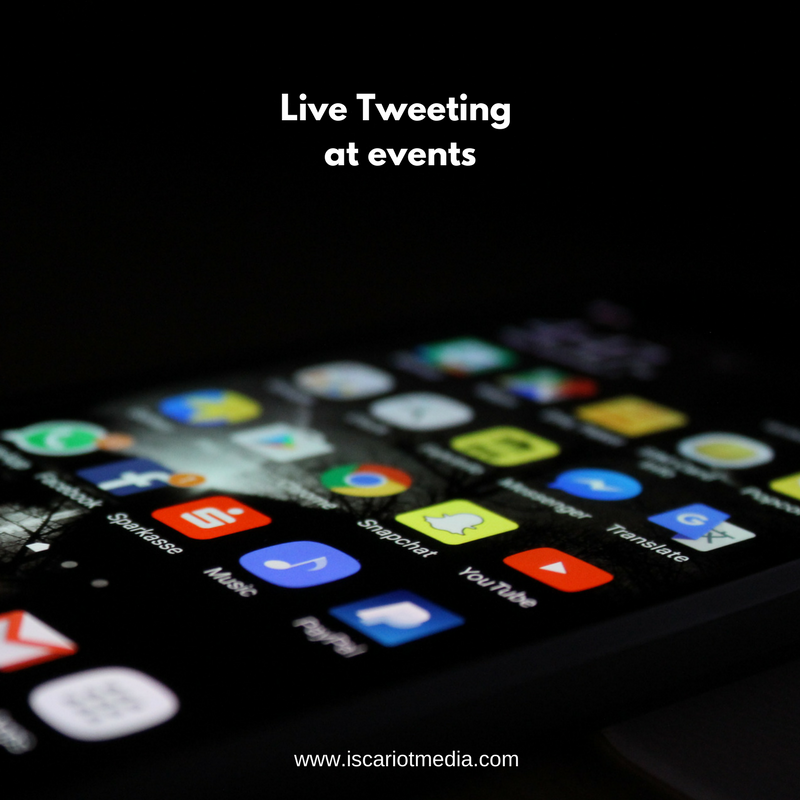 In 2016 most event planners are using social media to publicise events before events, as well as the wrap-up afterwards. There are an increasing number of events however that are using the event itself as an opportunity to share content through live-tweeting.

Last week I had an opportunity to be the official ‘Live Tweeter’ for Richard Bell‘s Aboriginal Embassy at the Institute of Modern Art. An art installation/performance space the Tent Embassy has travelled Australia and the world (previous venues include Cairns, Sydney, Melbourne, Moscow, Arnhem, and New York).

Inside the Tent Richard collaborates with local activists and thinkers to create a space of discussion and debate. The project pays homage to the original Aboriginal Tent Embassy in 1972.

At the Tent Embassy event at Cairns Indigenous Art Fair in July artist Megan Cope was invited to ‘scribe’. Using butcher’s paper and pens, Megan diligently captured many of the ideas of the event. My role was similar to Megan’s except rather than butcher’s paper I used Twitter. The opportunity with Twitter was that we were able to generate discussion and reach that amplified the messages that were being presented inside the tent.

As you can see from the Twitter Analytics, on that day my 168 Tweets generated 53,268 organic impressions.

Of course not all live tweeting will generate the same volume of impressions. Indeed some people’s live tweeting will generate far more than my humble account. My personal Twitter account has a following of 2,843 followers which is neither great nor nothing. I’m probably considered to be relatively active on Twitter, though with just under 28,000 Tweets, I’m hardly a power user nor an influencer.

However I’m relatively on topic in relation to the event with discussion on topics like race, colonialism, history, power, sovereignty, treaty. These topics were not unfamiliar to the bulk of those who follow me.

Here are some suggestions if you’re going to choose to include Live Tweeting at your event:

Live Tweeting the art event was an excellent opportunity to share Richard’s artwork with an audience far beyond that Fortitude Valley courtyard.